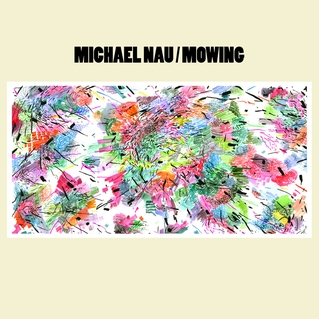 WTMD has partnered with BWI Thurgood Marshall Airport to bring Baltimore and DC artists even more exposure to people from around the country and around the world.

Each last Friday of the month you can see a band from the Baltimore-Washington region play live in the airport by baggage belt number five from 7 to 10 pm! Next up in the BWI Live series is Michael Nau. For years Nau has fronted the great Maryland bands Cotton Jones and Page France, and earlier this year he broke out on his own for the release of his debut solo album, Mowing, which is out now on Suicide Squeeze.

“His masterful instinct for arrangement, along with his reedy voice, earns Nau a place in the rock’n’roll underdogs’ Hall of Fame.” – Pitchfork

BWI Live is also a being played in the airport every day. WTMD is curating a very special set of music from Baltimore and Washington artists that can be heard in select parts of BWI. So the next time you’re in the airport or having folks arrive for a visit, make sure to tell them they can get a taste of our region’s incredible music scene as soon as they touch down. The best places to hear the recordings… believe it or not… are the restrooms and in the big lounge and observation area of the airport.

Baltimore Music Matters and WTMD is committed to making sure bands from Baltimore/Washington region are heard each and every day on our air. Now we proud to introduce out-of-towners to the remarkable talent residing in our region. Plus, it’s a nice send off for locals departing from BWI —a final musical moment before getting on the plane!

The last Friday of each month, 7-10pm