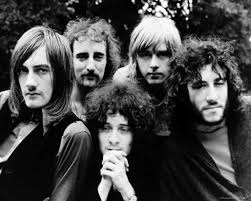 With this week’s excellent news of Christine McVie returning full-time to Fleetwood Mac, it’s fun to look back at all the other incarnations of the iconic Anglo-American band. From their start as a traditional blues band featuring phenom shredder Peter Green to the softer early 70’s era of Bob Welch, the band constantly changed lineups until the Buckingham/Nicks addition brought stability (though it would nearly derail during the making of RUMORS) and multi-platinum magic.

One of the forgotten about periods in Fleetwood Mac’s history is the subject of this week’s Total Recall w. Bob the Paper Guy, which airs every Wednesday at 620am.