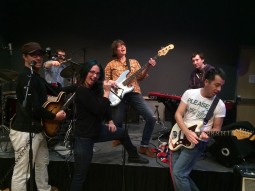 7. Roads to Space Travel – “Before, Before Now”