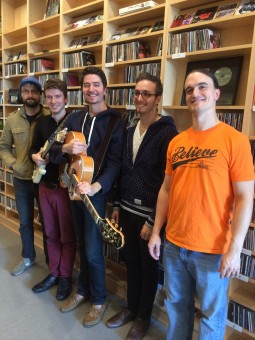 Super City was the house band on Baltimore Hit Parade.

Super City is a new Baltimore band which brings together a prog-rock flourishes with strong pop sensibilities. Greg Wellham and Dan Ryan, two friends who had known each other for years but never played in a band together, founded Super City on a series of interlocking guitar riffs. They recruited a few other like-minded musicians, including former Bridge drummer Mike Gambone, and are about to release their first album.

If you missed Tuesday’s episode, it re-airs at 4 p.m. Sunday.

Mild Child – “Need You Next to Me”