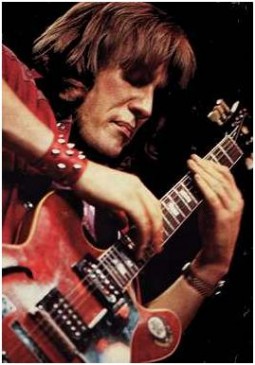 Known for blistering fretwork during the performance of “I’m Going Home” at Woodstock by his band Ten Years After, guitarist Alvin Lee died last week of complications following a routine surgery. He was 68.

And while classic rock radio made the band’s “I’d Love to Change the World” a staple hit, Lee furious solos on extended jams puts him on the Mt. Olympus of guitar Gods. And he’s up there with all the greats.

On this morning’s Total Recall, Bob recalls a generous giant.