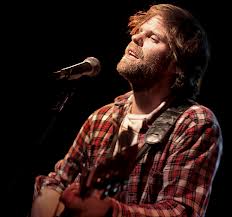 The hushed, rustic folk comes alive with artfully-picked acoustic guitars, fiddle, double bass, banjo, and piano which especially resonates on “Wittgenstein’s Arms,” a story of piano player who lost an arm during World War 1. The rest of the set’s lyrics speak to a marriage breakup and the passing of time.

And that’s what Halstead does best: create songs that leave listeners lost in the moment.

It’s been 20 years since Slowdive arrived on the scene in a sea of feedback. And while Halstead has traded noise for songs, the atmospherics that had Brian Eno itching to collaborate with him still paints vivid pictures only now with nylon strings.