I’m combining Tuesday and most of today’s events and shows into one blog post.

Tuesday afternoon started with a featured speaker talk by Martin Atkins called “Welcome to the Music Business You’re ******!” I need to keep my posts family friendly, but the adult readers can probably figure out the missing word. Martin has toured extensively in seven different bands and began playing drums at age 9. More than half of his 52 years on this planet have been spent as a touring musician. That makes him a very credible speaker. His talk boiled down to “take ownership of your life, your craft/talent and if you work very hard, you may (yes, may) make it in the music industry.” Harsh? No. Realistic? Yes!

I’ve photographed many a show in the last seven years, but none came close to what I experienced Wednesday night. The opportunity to be in the photo pit at Stubbs for the NPR Music showcase was the experience of a lifetime. The rules are that every photographer is only allowed to shoot the first three songs, so you better get your best shot.

There were so many press photographers that about 50 of us were shoulder to shoulder for opener Fiona Apple (who was 30 minutes late). To say it made for a rather unpleasant experience was an understatement. I was in the second “row” of people and I’m 5’8″, so I crouched and bobbed to get the shots I needed.

The security team realized this wasn’t a good situation, so they changed the rules to two groups of us shooting for two songs. Oh great, two songs? Well, I guess I’ll see how good I really am. No pressure!

The rest of the line up was Sharon Van Etten, Dan Deacon, Alabama Shakes and Andrew Bird. By the end of the night/early morning I was happy with my effort but exhausted. I encourage you to view the live NPR link of the show since it was fabulous!

The big event of today for many of us was hearing Bruce Springsteen give the keynote address. We arrived at the convention center around 10:30am for the noon talk and sat in the ninth row. The first six rows in the center were reserved for VIPs, most of whom arrived after noon. A man sitting next to Cindy was a SXSW volunteer and said he heard that a Woody Guthrie tribute was planned before Bruce spoke. Sure enough, around 11:15am Nora Guthrie gave a short introduction about the events surrounding this year’s 100th anniversary of Woody’s birth. Eliza Gilkyson (Woody’s other daughter) and Jimmy LaFave played several of Woody’s songs and were joined on stage by a Columbian folk singer whose name I don’t remember. There was more singing than talking and the audience was encouraged to sing along with “This Land is Your Land”. It was one more memorable experience of my trip.

The keynote talk started at 12:30pm, yet veteran interviewer Dave Marsh never showed. I hope many of you watched the NPR broadcast of the event, and if you haven’t, I encourage you to do so. Bruce spoke of his many musical influences, threw in a lot of humor and was quite candid. It made for a revealing commentary from a man who grants few interviews.

The keynote talk was fabulous, but it threw all of the 1pm scheduled talks off by 15 minutes. I caught a panel discussion called “Creating Your Second Act”. Some of the panelists: Bob Mould, Mac McCaughlan (former Superchunk musician and Merge Records founder), Karen Glauber, Leslie Fram and the lead singer of Nada Surf. For those of you still on your First Act, you’ll appreciate that topic one day!

I skipped lunch and headed to Speakeasy to catch graffiti6 do their first of four SXSW showcases at 4pm. They impressed the heck out of the audience! I was beaming since I had the opportunity to meet them in December in the WTMD studio. Ahhhh, the joys of membership! I’ve since seen their show two more times in Annapolis and DC venues.

I hope you’re getting a good feel for the controlled chaos that is SXSW! Hopefully, I’ll remain on schedule to post, but there are no guarantees. This is my fourth year of attending this festival 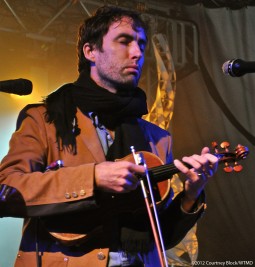 and I’ve learned that sometimes whatever is planned gets pushed aside for whatever happens to be occurring at any given moment. 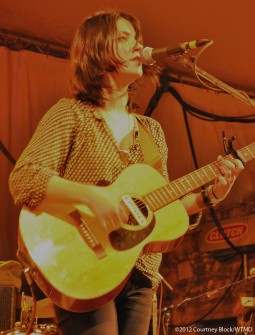 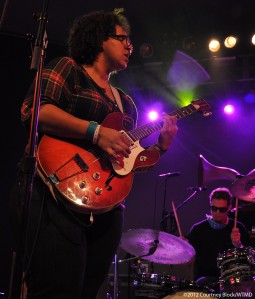 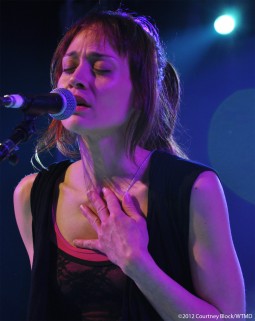