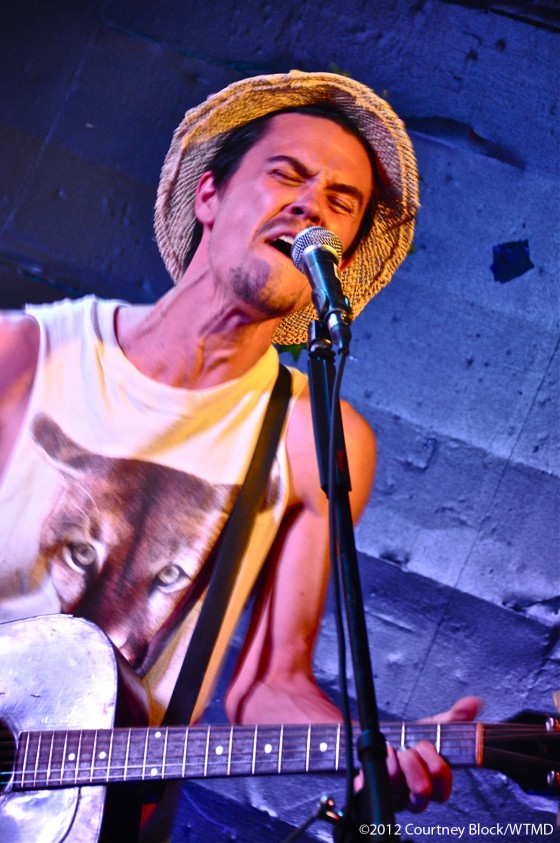 The plane is sold out, the energy is high, and I sat next to an entertainment lawyer who is also a patent lawyer. He works with bands in a category of music I’ve never heard of called screamo. It’s metal based with a singer that also sings in addition to screaming.

Upon arrival, the sun came out and the humidity rose as my traveling companion Cindy, (nine year WTMD member and five time SXSW attendee) and I made our way to the Convention Center for badge retrieval. The line was short and we were happy, a much more pleasant experience than in past years.

Next was a short walk upstairs to register in the ticket drawing for a chance to see Bruce Springsteen and the E Street Band perform at a private venue. Fingers are crossed.

A visit to the Trade Show at 4pm, just when the SXSW Block Party began was next on the agenda. Lots of companies were giving away free finger food and beer, so that was our free lunch. As we wondered through the aisles, music was played and we naturally gravitated toward it. A duo, Big Scary, was playing to a large crowd at the Sounds Australia booth. More food and beer were consumed as we wrapped our vendor tour and headed out into the late afternoon.

After an inexpensive dinner and a check of the SXSW band updates, it was decided that Joshua James (1st Thursday ’10 alum) and Heartless Bastards were the evening’s music choices. Happily, they were playing back-to-back sets at Club 606.

Arrival before any show is mandatory due to the approximate 16,000 expected music festival attendees. Luckily, most folks arrive Wednesday, so the line wasn’t too long.

Early arrival at the warm club (which got a lot hotter as more humans filled the tiny venue) got us a choice spot. It also allowed me to say hello to Joshua James and tell him I was taking photos and blogging for the station. He gave me an enthusiastic response and a hug.

Joshua James and his full band were fabulous! His raspy voice, emotive facial expressions and personal lyrics made for a memorable set. He commented on the temperature in the club, saying he thought we were all crazy to stay in such a hot venue, but he was glad we did.

Each band/musician only get 15 minutes to break down because the next band is anxiously waiting for their 15 to set up. Tight schedules are the norm at SXSW, even if you’re a highly-regarded touring band. Heartless Bastards and their trolly full of gear made their way through the crowd. We watched as they rushed to do their set up and a quick sound check. 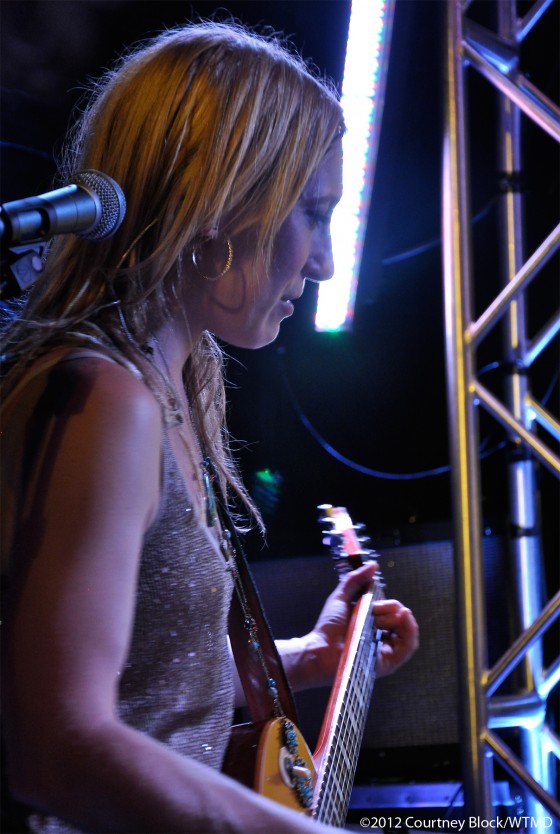 Erica Wennerstrom and her bandmates opened with “Parted Ways” and the crowd went nuts. Even after the first song, the band members were soaked and the temperature rose a few more degrees. They ripped through a rocking set of 8 songs and the audience responded with whoops and cheers. Erica seemed a bit surprised with the crowd reaction, as the cheers got louder after each song.

Before we knew it, they were on their last song. House lights came up and they quickly broke down their gear as the next band waited to go on. It was an “early” night after tow bands due to three hours of sleep and knowing today would be a very long one!