Most of you know WTMD has been following Australia’s Boy and Bear since their breakthrough appearance at SXSW last March. 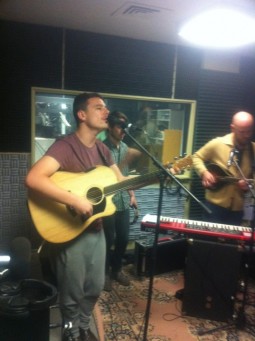 Championed by Mumford and Sons, Boy and Bear has earned praise from Rolling Stone and have slowly made the their American excursion on the digital-only release of their first full-length album, Moonfire.  Now they earned even more praise by winning five of the seven ARIA awards they were nominated for, including Album of the year.

Goyte, another WTMD favorite, picked up Single of the Year and several other awards firmly seating them in the American Artist to Watch category as well.  Even better, Kylie Minogue and the Wiggles were inducted into the ARIA Hall of Fame!

All the Winners are listed on the ARIA Website.