To everybody that’s seen The Bridge a million times in Baltimore and would just about rather lose a limb than miss their last First Thursday appearance, I know I’m preaching to the choir. 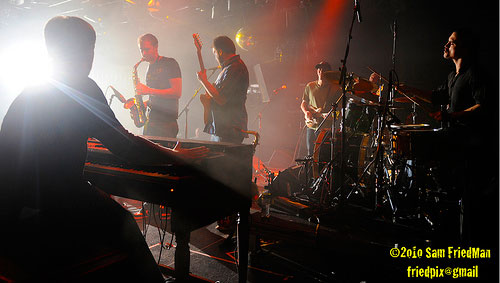 But for those who have never seen Cris, Kenny, Dave, Mark, Mike, and Patrick stir up their mojo onstage, I promise, you’ll be doing yourself a favor when you get down to West Mt. Vernon Park and stake out a dry spot early this afternoon.

It’s one of the last ever chances to see one of Baltimore’s best-ever bands and savor their rootsy, funky flavor and jaw-dropping musicianship.

Will we see you there?