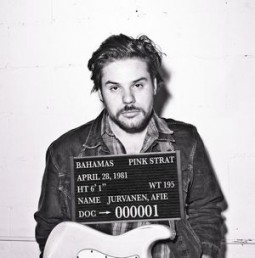 After playing guitar in Feist’s band and collaborating with other Broken Social Sceners Jason Colette and Amy Milan, Finnish Canadian Afie Jurvanen put out his first full-length album as Bahamas in 2009 to great acclaim.

Pink Strat nabbed the Barrie, Ontario native nominations for a Juno Award and Polaris Prize before Brushfire Records signed him and released the record in the U.S.

The music is  as warm and lazy as the gentle trade winds that rock the country which Jurvanen adopted as his stage name.

His deadpan humor softens the blow on songs that deal largely with heartbreak.