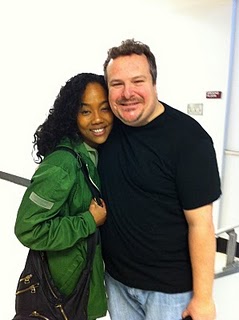 Sonja Sohn is well know for her role as Detective Kima Greggs in the hit HBO show, The Wire. What many don’t know is that she took a break from acting in 2009 to concentrate on social issues. She is the founder and CEO of the Baltimore-based reWIRED for Change, an outreach program intended to communicate with (and ultimately rehabilitate) at-risk youth involved in criminal activity. The program is run out of the University of Maryland School of Social Work and uses episodes of The Wire as a teaching tool.

Founder and CEO Sonja Sohn was inspired to start ReWired for Change by her own life’s journey which began in an underserved community in Newport News, Virginia and eventually led to her role as a principal cast member in The Wire. Sohn returns to television in ABC’s new series, Body of Proof, premiering Tuesday, March 29th. Other actors and writers involved with The Wire serve as board members.